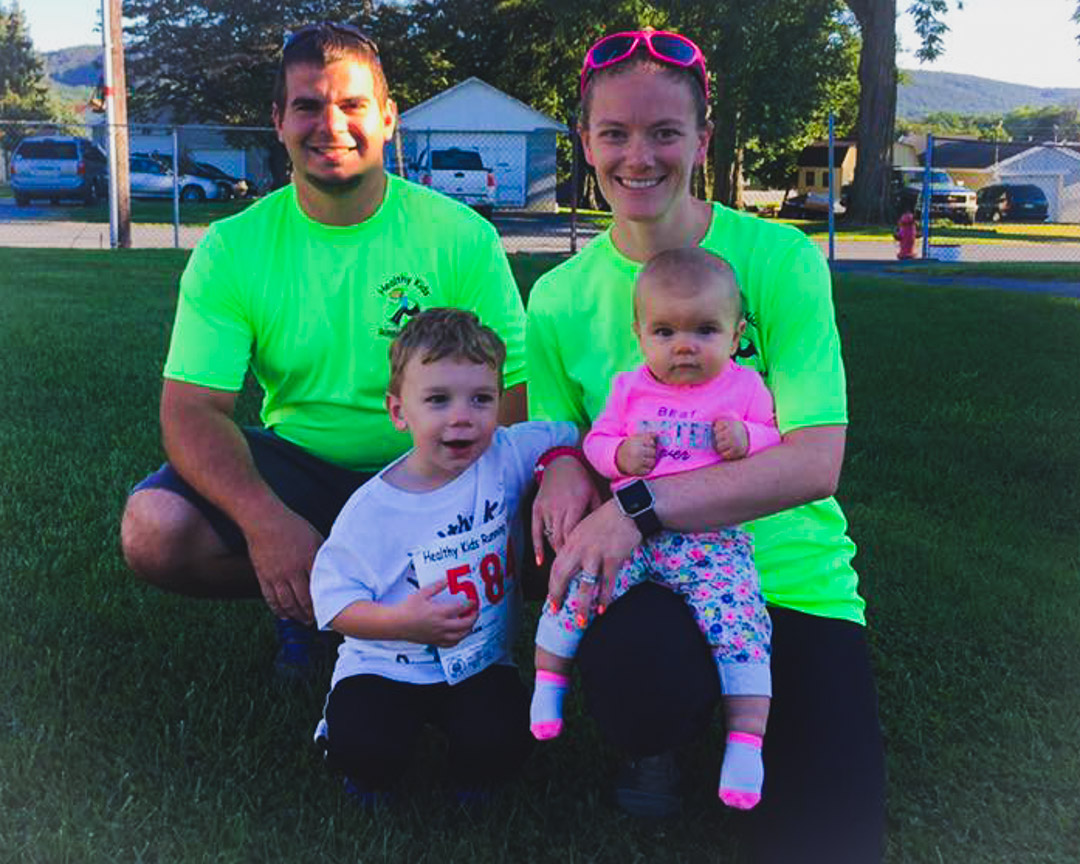 Kaitlyn Day is this week’s Healthy Faces feature!  She is the Community Coordinator for the Healthy Kids Series in Eastern Lebanon, PA.

As one of our very best coordinators, she is an incredible ambassador for the Healthy Kids organization.  She prides herself on being a leader in her community and she is rewarded with the joy that both her family and other families get from the awesome experiences she helps to organize. 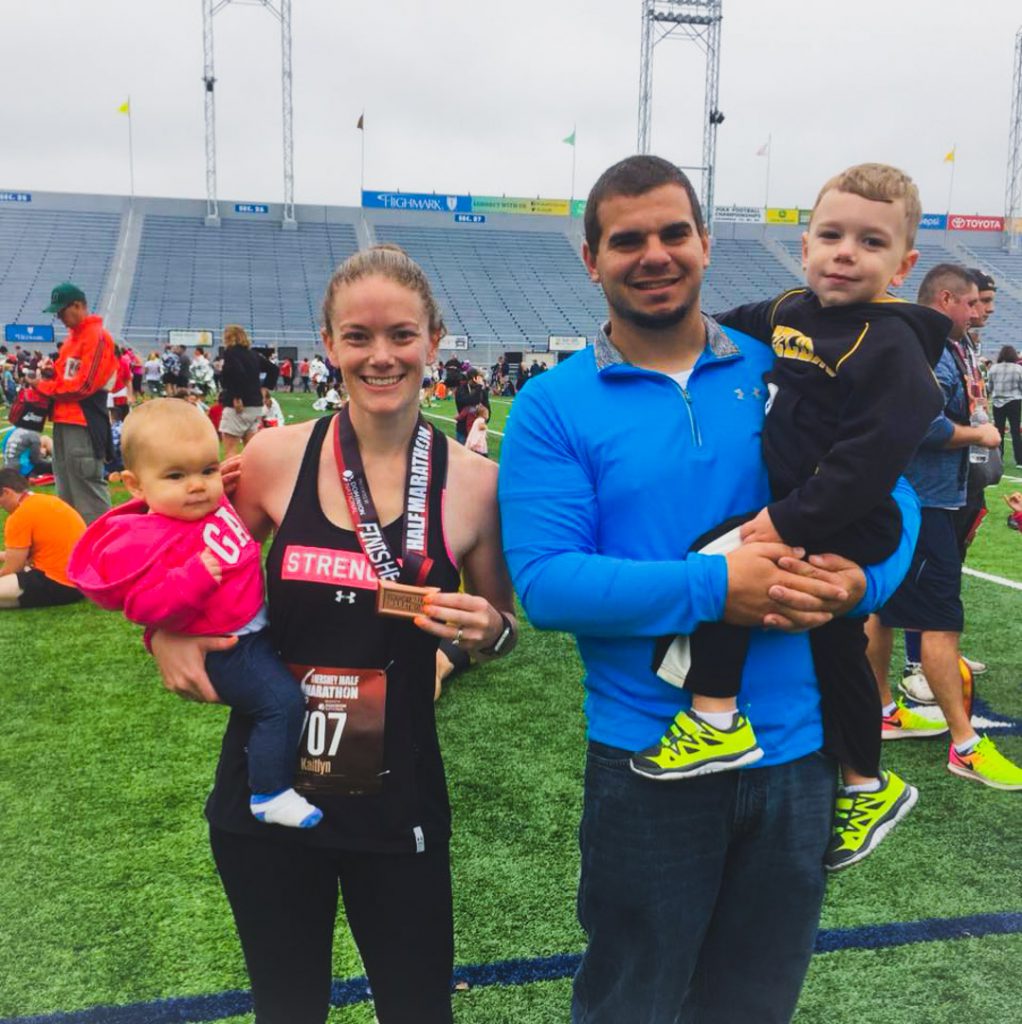 Kaitlyn with her husband, Jonathan, and their two children, Benjamin and Lillee

Kaitlyn also has an awesome story of how her own active lifestyle has strengthened relationships in her own life, leading to amazing memories with the ones she loves.

Growing up, Kaitlyn never thought that she would be a runner.  In fact, she hated running and the endurance that it entailed.  She never thought of it as an activity that could be enjoyable or rewarding.

That all changed in 2011.  Kaitlyn’s brother encouraged her to start working on a training plan geared towards running a 5K.  She argued at first, but eventually he got her on board, and she started pursuing her goal.  A month later, her father, inspired by her motivation and hard work, began to train as well.

Pretty soon, they were running every single run together.  Although they do not live right next to each other, they found the time to meet up and work towards their common goals. 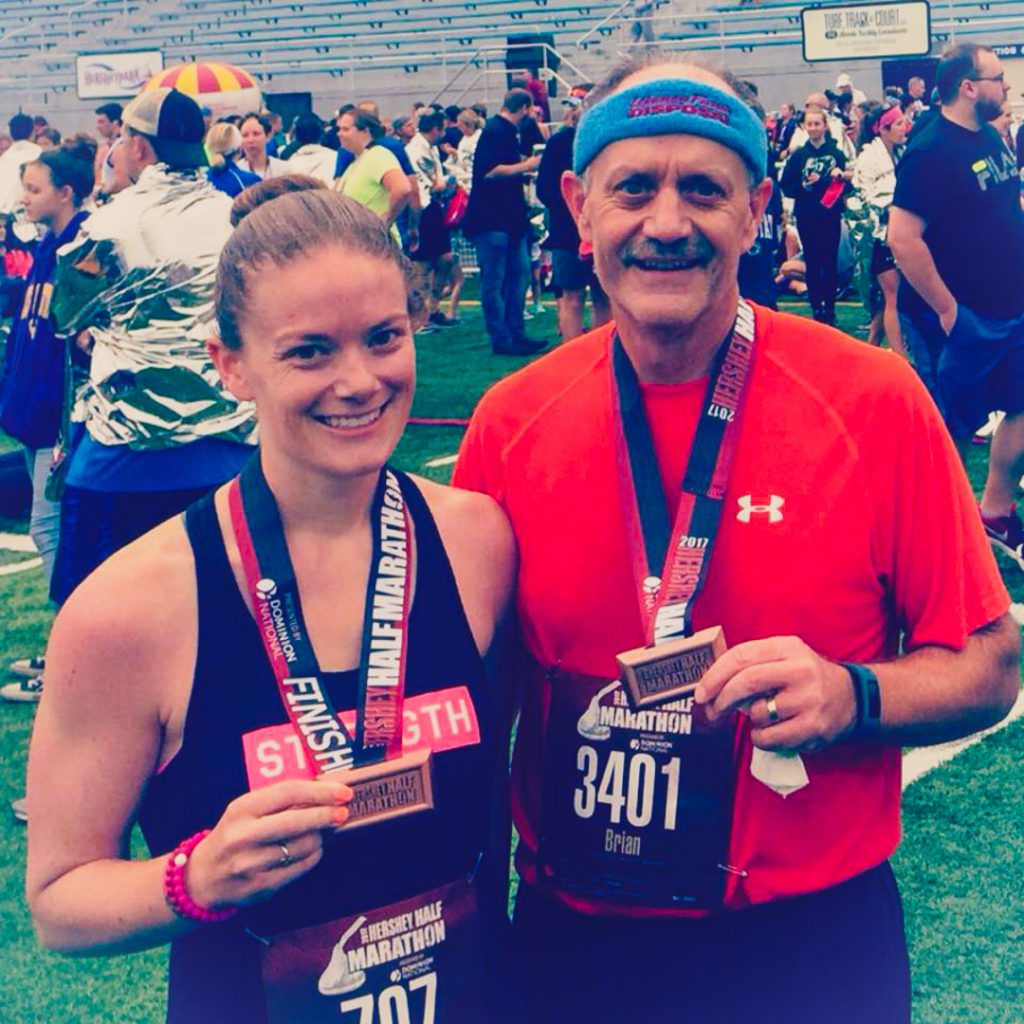 Kaitlyn and her Father after the Hershey Half-Marathon

Fast forward 6 years, and they have taken off and never looked back.  Kaitlyn and her father have ran three half marathons together and too many 5K’s and 10K’s than they can count.  More importantly, through their active lifestyles and mutually inspiring attitudes, they have forged an even stronger bond than they ever had prior.

Healthy lifestyles and a get up and go attitude truly bring people together like nothing else.  Exercise makes you feel awesome, and when you get to share it with others, it is that much better.  We see this every time we host a race.  Our Healthy Kids meet some of their best friends out on the courses.

Kaitlyn with her son, Benjamin, at the Eastern Lebanon Series

Kaitlyn is a perfect example of everything that we stand for as a community.  This is also representative of her entire family.  Her son Benjamin has been participating in Healthy Kids for 2 years now.  He loves running and cannot wait for the Spring Series.  Kaitlyn’s daughter, Lillee, loves to watch her mother and brother do yoga together, run and workout.  She will be running across a Healthy Kids course in no time!

Thank you Kaitlyn for all of your hard work and for representing the HKRS family in the best way possible!

Post Views: 3,269
Sign Me Up
for the Healthy Kids Newsletter and Blog
START A RACE!
Bring Healthy Kids Running Series to your town
We are currently accepting applications for new Series to begin Spring of 2022.
Sign up