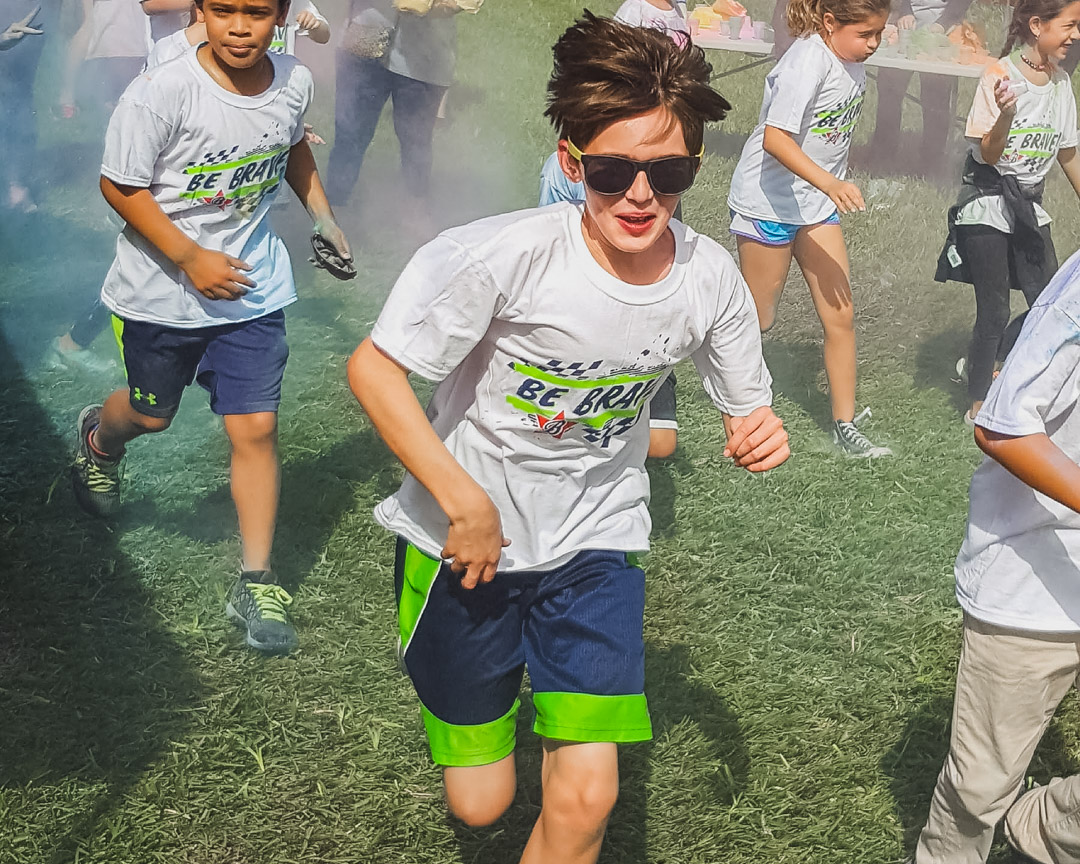 Ever since Jackson was a young boy, people have always told him how fast he is. He was running as soon as he learned how to walk, and running has provided a wonderful outlet for Jackson’s immense energy level. He has always played organized sports like flag football or soccer, but running has always been where he shone.

Jackson was diagnosed with High-Functioning Autism at 3 years-old, and moderate hearing loss at the age of 7.  Organized sports have presented limitations for Jackson because they require a player to have developed coordination, to focus on multiple factions at once, to communicate with teammates, and to understand social language. 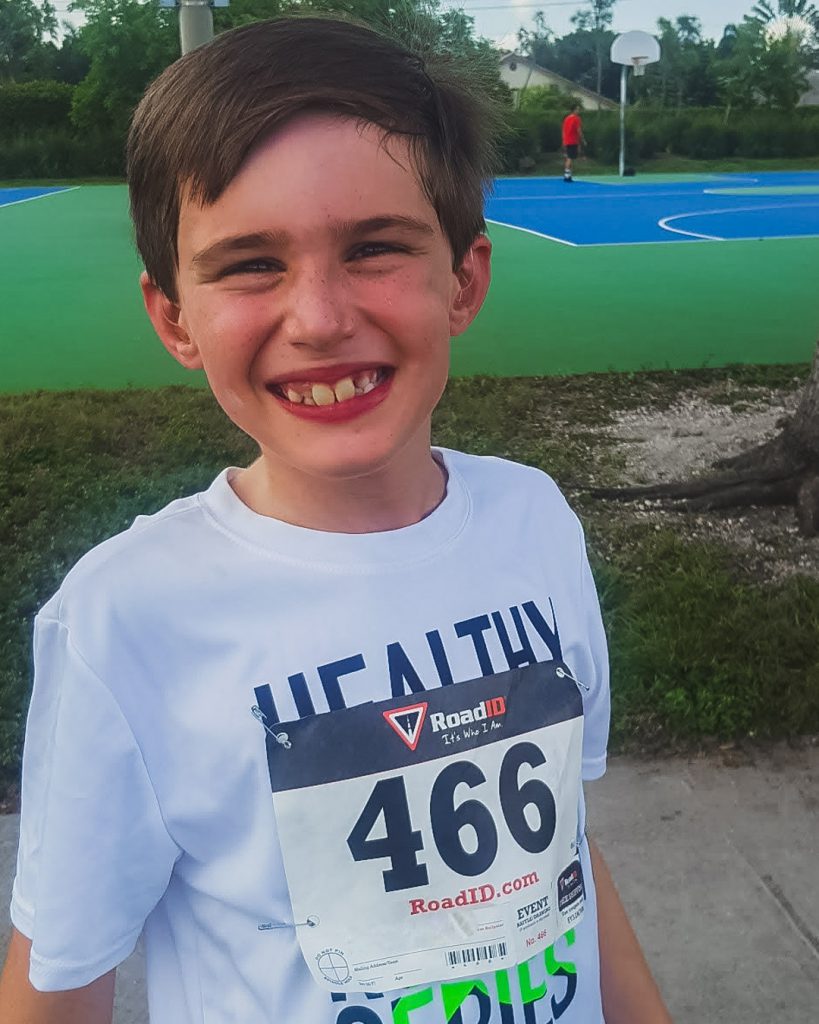 Running, on the other hand, allows Jackson to focus on singular goals, while controlling his social interactions with others. But, unlike many other youth sports, it proved difficult to find great running programs in the family’s area of South Florida.  That was until Jackson’s mother found Healthy Kids Running Series.

Jackson has always been hyper focused on the idea of being “first” with everything. First to the classroom in the morning, first in line, first one to the car…first, first, first. When he ran his very first race at HKRS in the Fall of 2016, he was completely discouraged.  He had not placed first. He was not even second or third. He wanted to quit, but his parents encouraged him to keep trying.

After persevering to complete the five-race Series, he had a newfound feeling of accomplishment.  It helped him to learn about the successes in sport and running aside from winning: improving your own time, setting goals, and learning to push yourself.

His second round of HKRS was in the Spring of 2017. This is when Jackson first felt the drive to compete. He began to realize that he loved the challenge of competition, and the chance to be recognized for his accomplishments. He raced hard and this time, he finished third overall.

Although Jackson had loved the challenge of competing for a win in the Series, because of his shyness, he also found it to be a challenge to accept his trophy at the Medal Ceremony.  But, running was also beginning to help him increase his comfort levels in these social situations.  Jackson says, “running makes me feel happy,” and that “it makes me feel good when other people tell me how fast I am.”

Jackson goes on to say, “My family motto is ‘Never Give Up’ and I always remember that when I’m playing soccer or taking a test, or even playing video games. I’m glad my parents told me not to quit the first Series.”

Jackson is currently participating in the Spring 2018 HKRS. He is now in the oldest age group, where he competes in the mile. Again, he was full of apprehension prior to the Series, as he had never run that far.  So, in the spirit of never giving up, the family practiced every night, running a mile together to prepare for the race. He ended up fourth in the first race.  Building off of his experiences, he dropped 50 seconds the following week to run a 7:30 mile!

Jackson and a friend at his first Healthy Kids Series

Now, Jackson has begun to understand and to enjoy the training aspect of running, seeing its benefits first-hand.  His progress has inspired Jackson to possibly join local running clubs and even the track and field team as he enters middle school.

Exposure to the sport of running through the Healthy Kids Running Series has not only increased Jackson’s comfort levels with the rules, regulations, and competition, but also with the social interactions that come along with it. HKRS has also helped Jackson recognize his drive and motivation for the tangible goals of crossing the finish line and improving his times.

Who knows what is next for Jackson, but his future with running seems bright!

Post Views: 181
Sign Me Up
for the Healthy Kids Newsletter and Blog
START A RACE!
Bring Healthy Kids Running Series to your town
We are currently accepting applications for new Series to begin Spring of 2022.
Sign up