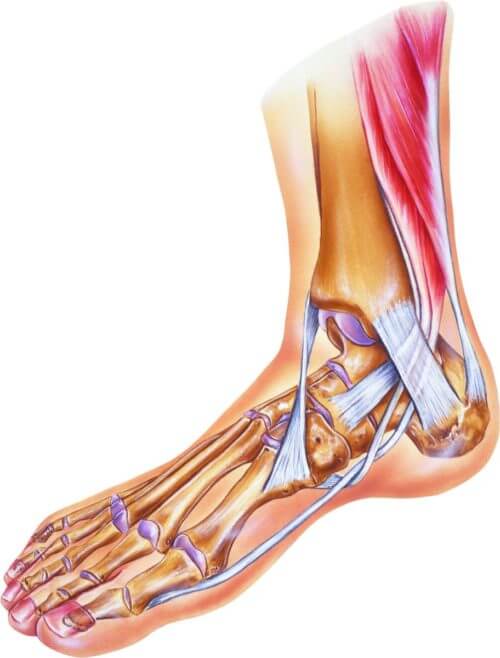 Have you ever twisted your ankle, been able to shake it off during the moment, and then for days and days it keeps hurting? Ugh,  yes, we have all been there and done that.  Ankles are a complex joint  that is both a hinge (like your elbows and knees) but also able to rotate, which can make it especially susceptible to micro tears and sprains. Recent studies have found that no matter the sport, ankle health is one of the key issues to overall athletic success.

“It’s not a one-off. There are significant consequences,” adds Tim McGuine, a senior scientist at the University of Wisconsin School of Medicine and Public Health. A study of college-age athletes who had suffered multiple ankle sprains in the past found that they were markedly less physically active than their peers, even taking fewer steps over the course over a day. It’s almost like their brains simply didn’t want to over-stress those historically hurt ankles.

According to long term studies of athletes with chronic injuries, it has been found that those who suffer ankle injuries are the most frequent to report time loss on the field. Chronic injuries can also lead to brain changes! Chronic ankle injuries can change the gait (the way one lands on their foot while running or performing other athletic activities) which eventually can lead to form compensation.   This can have a huge effect on speed, endurance and can make athletes more susceptible to further injuries.

To avoid injuries, it’s best to start off with the basics. A period of warm up, stretching, and simple exercises like ankle rolls and toe lifts on a raised surface, like a curb, are a great way to avoid sprains and strengthen the joint. Starting younger athletes with an ankle strengthening routine is a key part of long term success!

Post Views: 50
Sign Me Up
for the Healthy Kids Newsletter and Blog
START A RACE!
Bring Healthy Kids Running Series to your town
We are currently accepting applications for new Series to begin Spring of 2021.
Sign up