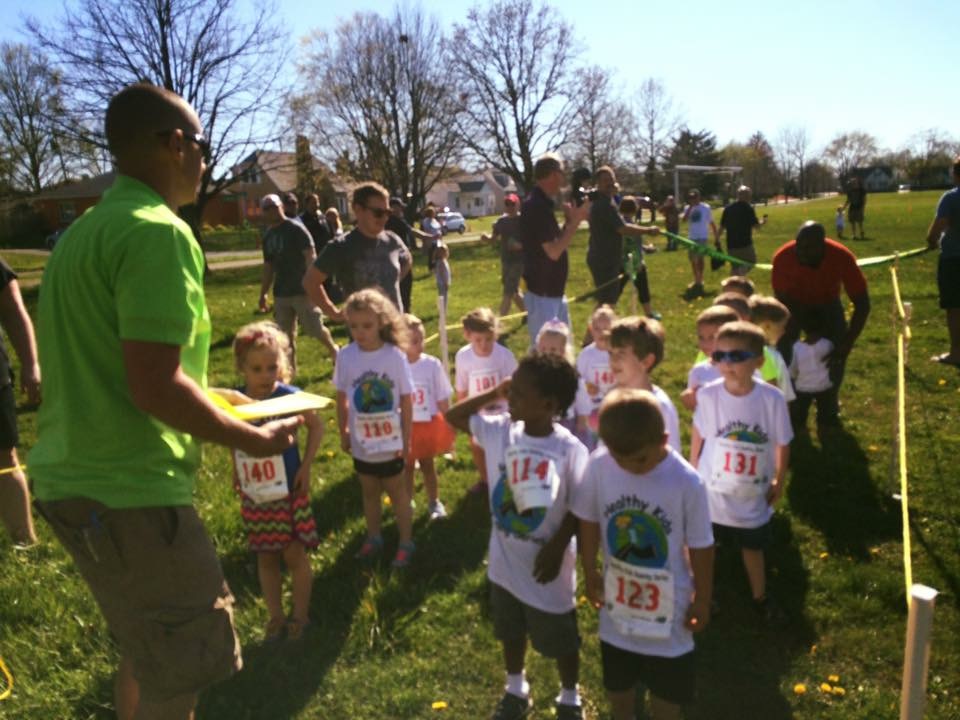 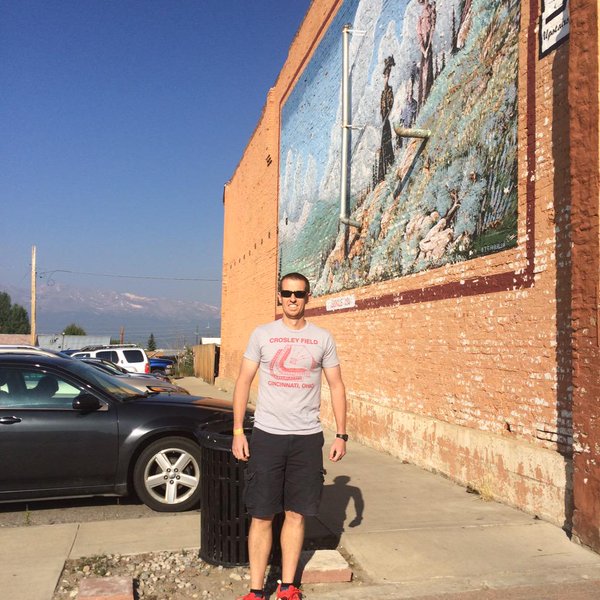 Today, we are excited to recognize one of the most hard working Community Coordinators, Ron DeLozier. DeLozier has been an outstanding leader in the Columbus, Ohio series.

“Who are you?” What is your background with your family, community involvement, and running?

I’m a husband to Camille, father to a 4 year old daughter, Crosley. I’m a full time paramedic/firefighter( since 01), and the union president. I love being outside and sharing the outdoors with my daughter. My wife is my polar opposite in that aspect. Cabin camping is about as “rough” as she’ll get. We try to stay pretty active and avoid the TV as much as possible. SAs for community involvement, we don’t volunteer too much, outside of the race series, but try to attend everything we can and be as supportive as possible to our neighborhood. As a firefighter I work 24 hours on duty at a time with 48 hours off in between shifts, 1 day on, 2 days off, repeat. I also teach as a part time job. My wife works for a grant writing company part time so our time off together is limited. As far as running goes, I hated running until about 8 years ago. I was pretty unhealthy and decided I was not going to be the weak link in the chain at work. I worked myself up to a mile on the treadmill, and then 30 mins. Once I hit that mark I signed up for my first 5K, had fun and signed up for a half marathon. It almost crippled me but I recovered and signed up for a full the following year. After that brush with death I read an article in runner’s world about Scott Jurek running a 24 hour race and started searching the dark path into ultra running. I found a 50K(31 miles) and signed up. It was in the woods which really intrigued me and it’s only 5 more miles. Right? I ran my first 50K 4 days after my daughter was born. I’ve never hurt like that and struggled immensely. I’ve ran that race every year for the past 5 years, 2 years as a volunteer. It gets way easier if you train properly and have an idea of what you are doing. That first race I was clueless and paid for it. The trail running and ultra community are an amazing group of people. After that first 50K I’ve ran 8 or so 50K’s, 2 50 Milers, 1 100K, and 2 100 milers. My 100’s were the Mohican 100 and the Leadville 100. I’m signed up for another 100 this September, the day before one of our races so it should be comical to see me walking for that event.

Why did you become a Community Coordinator? What drew you to start a Healthy Kids Running Series?

I found a card for the series in a race bag from a Turkey Trot. My daughter loves to run and always wants to come run with me. I’m a lifelong resident of the area we live in and never had things like this growing up. Kids are getting more and more involved in video games and tv and less involved in spending time outside. My parents and grandparents used to throw us out of the house after breakfast and tell us we were not to be home until supper, then out again until the street lights came on. We were creative, got cuts and bruises, got really dirty and made lasting friendships. I want to connect kids with the outdoors again and what better way to do it than with a running series(trail running, hint hint). The help this program provides makes it pretty easy to put something together. All we needed was kids and my wife and I felt we could make that happen in our neighborhood.

How have you been impacted?

We’ve been connected to our community in ways we never imagined. From new friendships and meeting people in the community to becoming involved in other projects with our sponsors and volunteers We’ve really enjoyed the journeys thus far. There is a new running group for adults in our neighborhood, that was started while I was planning this so I can’t take credit, so it seems our whole neighborhood has caught the running bug. It’s really cool to see so many people outside and active now. We’ve got parents reaching out to us weekly for information on the new series, thanking us for the past one and telling us how important it is for us to keep going. It’s been really moving and inspirational.

Thank you Ron, And keep up the hard work. -Healthy Kids Staff

Check out HKRS Columbus FB page, and give them a like: HKRS COLUMBUS FB

Post Views: 816
Sign Me Up
for the Healthy Kids Newsletter and Blog
START A RACE!
Bring Healthy Kids Running Series to your town
We are currently accepting applications for new Series to begin Spring of 2022.
Sign up