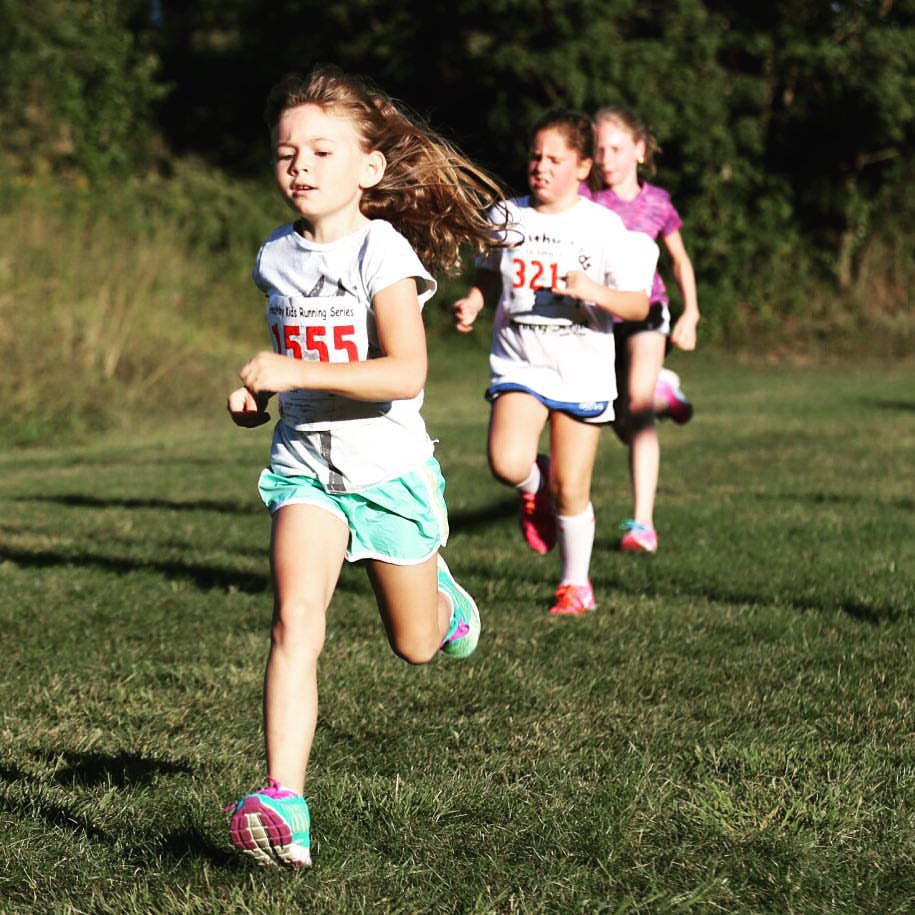 We all thought, you know, 12, 15 years ago it was all about high school and I said “No, it’s elementary school.” I always used to say grades 7 through 12, but in the last few years I realized it’s K though 5! That’s the important time to get kids connected, because they want to learn, and when they’re having fun doing what thy’re doing, they learn a lot quicker. And of course the kids now in my in-school running program … it’s based on the hare and the tortoise, it’s based on finishing is winning, winning is finishing. So we don’t have winners, we have participants and it doesn’t matter what shape or size you are, you can walk, you can walk/run, you can run, but it’s about finishing is winning and winning is finishing. And that’s when the kids really get it, and they all get the same medal, which is a replica of my Olympic medal, they all get the same T-shirt, and they all get the same workbook training guide. So these kids can do their labs any time during the day: before school, recess, after school, and so they are accumulating their own little pathway; their own little journey.

This post is a transcript of a podcast by Another Mother Runner. To listen to their full podcast and read their blog, visit: http://anothermotherrunner.com/2015/09/12/178-olympian-rod-dixon-talks-getting-kids-running/

Post Views: 600
Sign Me Up
for the Healthy Kids Newsletter and Blog
START A RACE!
Bring Healthy Kids Running Series to your town
We are currently accepting applications for new Series to begin Spring of 2022.
Sign up