The mind and body connection for kids! 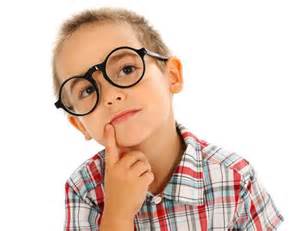 We all know that after an exercise session you feel great (for the most part…) but what about kids? Hundreds of studies have shown that exercise can make kids happier in the long run, but can it make them smarter too?  Science tends to suggest so…

In  study that was featured in the NY Times,  researchers from the University of Illinois tested 9 and 10 year olds to see if there was a correlation between working out and cognitive abilities.  The children ran or walked on a treadmill and then were asked to immediately perform cognitive tasks like pressing specifically prompted keys based on arrows and patterns.  The children that exercised reported higher cognitive skill levels and areas of the brain that control ‘executive functions’ (i.e. self control, self monitoring, environmental monitoring).  Another multi-year study from Sweden, boys were followed during late teen military service.  The young men that joined the military and incorporated daily physical fitness routines produced overwhelmingly higher scores on standard IQ tests then young men that did not serve.  The difference could even be seen in identical twins that had one military twin and one that did not join.

As our educational systems lose funding and athletic programs start to feel the budget cuts, the entire fabric of the educational system can begin to unravel.  The Center for Disease control noted that 25% of all elementary age children receive 20 minutes or less of physical activity per day on average.

Activity programs like Healthy Kids Running Series are an excellent way to add some opportunities for physical activity into your kids life.  Maybe you are only at a race for an hour once per week, but fun activities like HKRS can inspire your child to move outside of school and potentially give them the confidence to try something new.  Give your child the gift of starting on the path to a successful academic career and a healthier lifestyle by signing up for HKRS on January 16 2017!

Post Views: 154
Sign Me Up
for the Healthy Kids Newsletter and Blog
START A RACE!
Bring Healthy Kids Running Series to your town
We are currently accepting applications for new Series to begin Spring of 2021.
Sign up